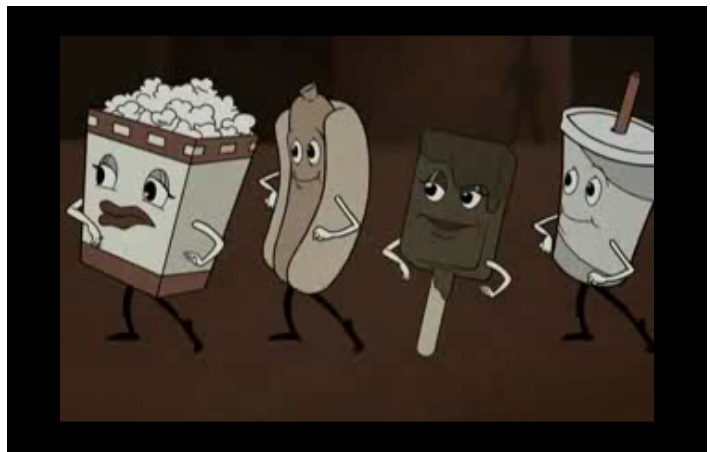 The husband unit and I haven’t had a date night in ages. It’s not neglect; it’s the result of a particularly eventful summer that had us moving to our new, decidedly grown-up digs. The final piece of furniture arrived in mid-September, followed by a non-stop whirlwind of fall festivities: Thanksgiving, a visit from Mum, my birthday, Halloween, not to mention a business trip to Orlando.

So it’s our first week with nothing much to do, and I suggest a date night. This usually means a movie at the Cineplex. Based on what I’ve written for Roger Ebert, you might think I’m all art-house, but AMC movies aren’t the husband unit’s cup of tea (and he’s British, so boy knows tea). We always manage to find a happy medium at the Cineplex anyhow, so best to just sit back and let Big Hollywood do all the work.

The movie we settled on? Contagion, which was playing – surprisingly – at the compound’s only IMAX theatre. And you know, I get it about the IMAX, but I still thought it was a strange option for a Soderbergh.

I’m often irked by the IMAX experience. I’m far-sighted and the screen, even in the last row, always seems too close, too bright. The dated IMAX intro is also tedious. But nothing irritates me more than those pointless pre-movie adverts, which are all the more grating when you’re forced to be exposed to them on an even bigger screen.

Maybe it’s because of the screen’s size that I was struck with how each of those ads was a missed opportunity. Here I am, stuck in the theatre – a captive audience – and each ad gives me an incentive to look away and keep reading Cineplex magazine. It’s not the random array of products being pushed that bugs me; it’s that these companies are trying to push them on me like I’m watching TV. But I’m not watching TV; I’m at the movies. I’m not watching a serial story that’ll continue next week at the same time; I’m about to take in a story that’ll engross me and wrap up in about 2 hours. And a bigger version of an ad intended for a domestic audience just doesn’t suit the cinema.

Like most people – even if few will admit it – I don’t mind being genuinely entertained by great advertising. But there’s more than one way to do it on a screen. Not so long ago, BMW launched a fantastic, web-only, short movie campaign starring Clive Owen. The most popular was probably the shorty featuring Madonna:

But there was a worthy one with James Brown, as himself, trying to get his soul back from the Devil, played by Gary Oldman:

Recently, Philips hosted a short film contest where people had to interpret 5 lines of ambiguous dialogue any which way they pleased. In other words, Philips didn’t even make the winning movies, but they own them now, which gives them distribution rights. Of course, the fashion industry has been doing this sort of thing longer than we’ve been talking about it. All of this is branded content that’s actually enjoyable.

Our favourite pre-movie ads – those we look forward to and hate to miss – are movie trailers. So imagine if we filled some of that extra space with short films. If it helps Cineplex pay the bills, I’d like to see more companies take the time to produce something that’s designed for the experience I’m already paying to have. I also hope that space would be sold to advertisers at a reasonable rate.

We want movies at the movies. As an advertiser, I don’t expect you to know what I like. But I should hope you’ll always keep in mind where I am, what I’m doing there, and how to speak the language.