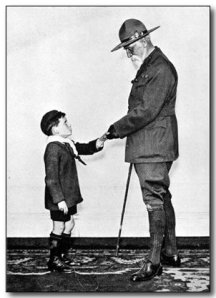 A couple of days ago, the boyfriend unit sent me this bit of news, and if it’s actually possible, it could change everything.

Okay, don’t click the link. Here’s the skinny: scientists have found a way to slow the process of aging in fruit flies. They plan to move to bigger and better test subjects. If all works out well–for the scientists–experts say it’s possible that humans could well live to be 1,000 years old.

Says Robert Freitas at the Institute for Molecular Manufacturing, a non-profit, nanotech group in Palo Alto, California, “There are many, many different components of ageing and we are chipping away at all of the . It will take time and, if you put it in terms of the big developments of modern technology, say the telephone, we are still about 10 years off from Alexander Graham Bell shouting to his assistant through that first device. Still, in the near future, say the next two to four decades, the disease of aging will be cured.”

Naturally, both religious and scientific communities are in an uproar over this research. Not everyone thinks aging needs to be cured, while others argue that death is a saving grace for an already over-populated planet. And that doesn’t even begin to touch upon the psychological repurcussions of immortality.

Personally, I think we’re not designed for that kind of longevity, and faking it could have enormous consequences. Still, when the boyfriend unit brought it up over drinks, it made for some interesting speculations. What if we were able to live to be 1,000 years old? Here are a few things that came up.

Seriously, what’s the point? We’d outgrow the partnership by the end of a century, if not sooner. We might as well get used to the fact that we’d probably be able to tolerate several different partners, but definitely not just the one. Can you imagine spending 900 years with the same person? Yeah, neither can I. Marriage works on the premise that the time we spend on this planet, and with our partner, is limited. It’s kind of a bonus. Like, wouldn’t it be nice to spend the rest of the time I have here with you? If that time becomes quasi-limitless, it seems we’d have to come to terms with the temporary nature of our romantic attention span.

I don’t care if it’s shallow, I want to know the real-time equivalent of a century. I mean, if I spend 900 years looking and feeling 100, I don’t want any part of it. And that’s the real question, isn’t it? If we slow the process of aging, and each century equals, say, a decade, does that mean it’ll take over 200 years for me to get my shit together? Does that mean I’ll spend 100 years being a child? And how am I developing psychologically? If emotional and neurological development are tied to one’s physiology, does that mean I’d spend 50 years as an overreactive teenager? If so, forget it! Adolescence is something I don’t wish to stretch out (or relive). Ever.

One thing’s for sure, you can fathom checking off most items from that “things to do before I die” list. Even if we’re slowing down the process of aging, that doesn’t change the measure of time. A day still last 24 hours, and with more of these units in our lives, why not backpack through Europe, audition for a Hollywood movie (even though you can’t act), and learn the banjo! Though I’m against the idea, the prospect of living (almost)  forever invites the fancy of doing a bunch of things I keep thinking I don’t have the time to do. For my part, I’d get a bunch of university degrees, just for the frak of it. I’d finish my music degree, I’d get a Master’s in English, and I’d also take architecture or urban planning (or both). I’d devote more time to filmmaking and art, since I wouldn’t be too worried about paying off my student loan. After all, I do have 700 years to get out of debt.

On the flip side, even if our bodies and minds are aging at a slower rate, I wonder how we’d tolerate living in such a chaotic and unjust society for that long. Isn’t that a recipe for utter madness? If I’m against the idea of living to be 1,000, it’s mostly because there are many things about this life that I can’t stand, and I’m not sure they’d be erased with agelessness. I hate how humans can be so inexplicably xenophobic and selfish. With more years to work on a plan, couldn’t one society ostensibly exact the genocide of another? Would immortality make us more peaceful or  war-mongering? I can’t help but think that with more of us inhabiting the planet as a result of agelessness, we’d start to feel crowded and ultimately get grouchy, claustrophobic and territorial. I’m not saying this because I’m cynical. Science and anthropology combined make a case for this. While we can’t explain why we behave that way, we undeniably do. And human nature–if such a thing exists and if this is how it is manifest–is not a disease that can be cured. I want to believe that we learn that behaviour, but when something is this consistent, we usually classify it as observable phenomena. And that’s nature.

And what about you? What do you think of agelessness? Is it a catastrophic notion or something that would solve most of your problems?