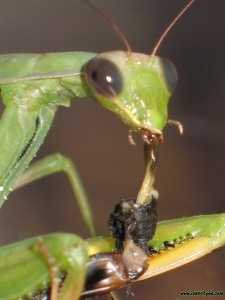 In one of my least favourite episodes of Sex and the City, Carrie Bradshaw wonders how we know whether or not we’re any good in bed. She then dates a recovering alcoholic, who thinks she’s the best lay ever. But when he can’t get enough, she realizes he’s just addicted to being addicted.

This is more or less the point: how do we know if we’re good at anything? And who’s going to tell us if we’re not?

You’ve seen American Idol, Dancing with the Stars, and all those other train wrecks. There are tons of people out there who think they rock, when they mostly rot. Why hasn’t anyone told them?

Sure, you’re supposed to go through life feeling confident. Dr. Phil has all sorts of neat tricks to boost your self-esteem (which involve tolerating his non-arguments leading to non-conclusions), but is there such a thing as too much esteem? When does confidence become arrogance, or worse, delusion?

This isn’t where I start naming off people I think should have been told they’re not any good. This is where I worry that I’m not actually good at doing something that I thought was a talent, and that I haven’t been for a long time. This is where I wonder what it is, who knew, and why they didn’t tell me. And I only hope it’s not something that’s gotten me any jobs. Don’t get me wrong, I can live with not being good at everything (and I know I’m not: sewing, for example…just terrible). I just hope I’m not actually awful at something I think I excel at.